Hearth Historic Buildings Trust’s mission is to rescue and restore historic buildings at risk for the enjoyment and benefit of all.

We believe that valuing and maintaining our distinctive built heritage is vital to our sense of identity and that restoration of historic buildings promotes environmental, cultural and economic sustainability.

Our aim is to demonstrate the art of the possible by restoring buildings to high conservation standards and inspire others to follow our example. We believe that historic buildings are a common heritage which can be used and enjoyed by all helping to create a healthy and stable society.

Hearth was established in 1972 and is the largest and most experienced building preservation trust in Northern Ireland. It has consistently carried out projects that were groundbreaking or challenging.

Click on the arrows to see a timeline of significant landmarks in our history.

Hearth Revolving Fund moved to new offices at the Old Museum with the Ulster Architectural Heritage Society, and changed its name to Hearth Historic Buildings Trust.

Sion Mills Stables, having been the first buildings compulsorily acquired by the DoENI, being restored by Hearth Revolving Fund with Heritage Lottery Fund support.

Ormeau Park House restored by Hearth HA; as an unlisted building within the historic park, the opportunity was taken to restore it to very high energy standards.

The Curfew Tower in Cushendall restored by Hearth Revolving Fund and sold to Bill Drummond who later created an artist residency in it.

Hamilton Terrace completed and sold at auction with a discount allowed to local buyers - one family bought back the house they had been vested from ten years earlier.

Drumbeg Lockhouse restored by HEARTH as its first revolving fund project, with loans from the National Trust, the Architectural Heritage Fund and the Pilgrim Trust repaid on sale.

Hearth Housing Association was set up and Marcus Patton was appointed Director of it and HEARTH.

First listed buildings in Northern Ireland designated, including Belfast’s Palm House and Opera House, both under threat of demolition at the time.

The Historic Environmental and Architectural Rehabilitation Trust for Housing was set up - HEARTH for short, managed by the Ulster Architectural Heritage Society and the NI Committee of the National Trust.

The Ulster Architectural Heritage Society was set up to lobby for better protection of Ulster’s historic buildings.

Hearth’s management committee includes members with a wide range of experience in conservation, housing, architecture and the legal and accountancy professions. 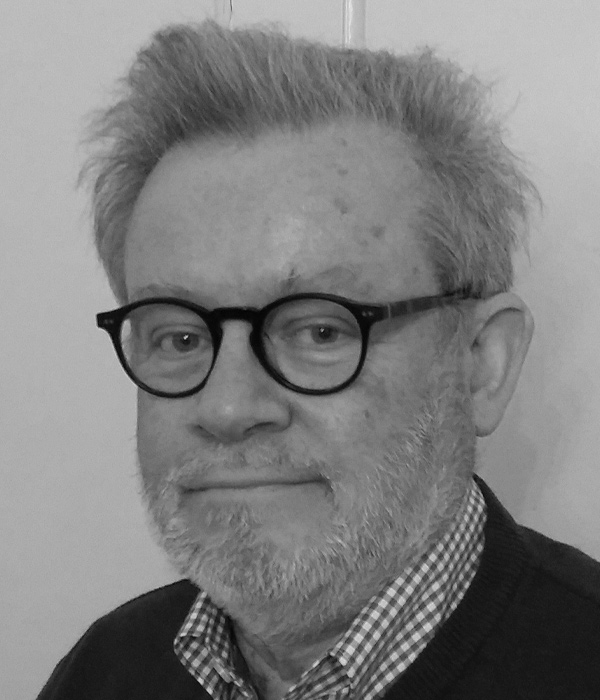 Alastair practised for over 40 years as a solicitor with Cleaver Fulton Rankin in Belfast, retiring in 2015. He was president of the Law Society of Northern Ireland in 1997 and represented the Society for 15 years on the Council of the Bars and Law Societies of Europe. He sits as a fee-paid judge in the First-tier Tribunal (Tax Chamber) and as a legal chairman of the Pensions Appeal Tribunal Northern Ireland. He retired as chair of Belfast Philharmonic Society in 2020; is a board member of Chamber Choir Ireland; Hon Secretary of the Ulster Architectural Heritage Society and Hon Treasurer of McCracken Memorial Presbyterian Church, Belfast. In 2020 he joined the newly-formed Northern Ireland Grants Committee of the National Churches Trust. He was awarded the MBE in the 2021 New Year's Honours. 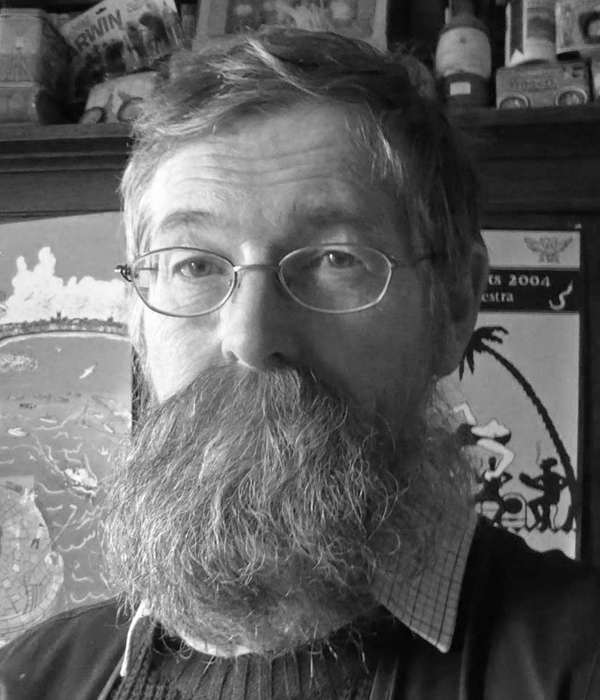 Marcus is an architect who worked with historic buildings in Glasgow and Edinburgh before returning to Belfast in 1978 to run Hearth Housing Association. Through Hearth he was involved in the restoration of some fifty historic buildings, many of them having been derelict buildings at risk. He has been on the committee of the Ulster Architectural Heritage Society for many years and chaired the Historic Buildings Council for Northern Ireland for seven years till retiring in 2020. He was awarded the OBE in 1995 and is an Academician of the Royal Ulster Academy. 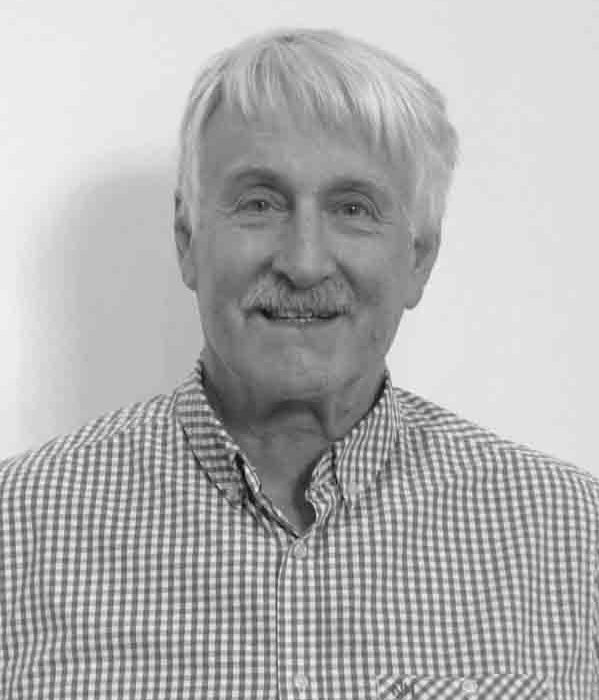 Tony was in practice for over 30 years as a chartered accountant , retiring in 2013. He was also for many years a member of the First-tier Tribunal (Tax Chamber), retiring in 2018.

He currently sits on the board of a number of charities, predominantly arts and families related, and joined Hearth in 2019. 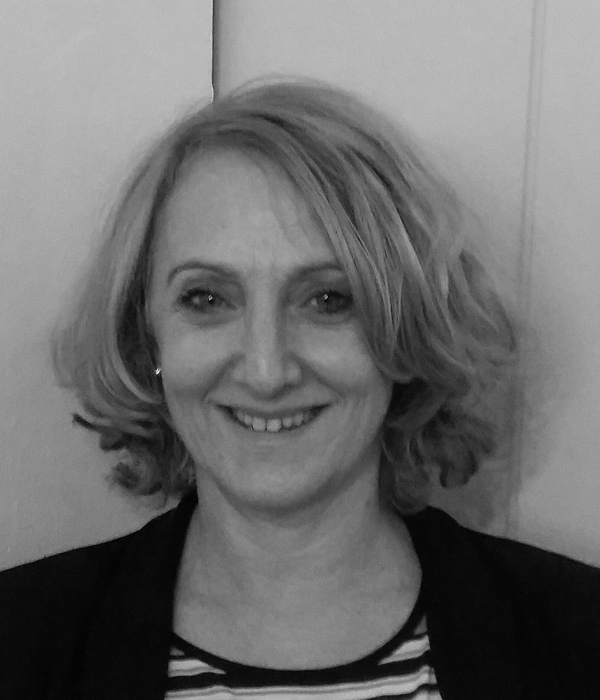 Úna works with the National Trust where, since 2007, she has been leading on financial performance and strategy within Northern Ireland. She previously worked in the brewing industry including a period in the Czech Republic. Úna was educated at Trinity College, Dublin and the University of Ulster. Úna is an Irish speaker and enjoys participating in triathlons in her spare time. 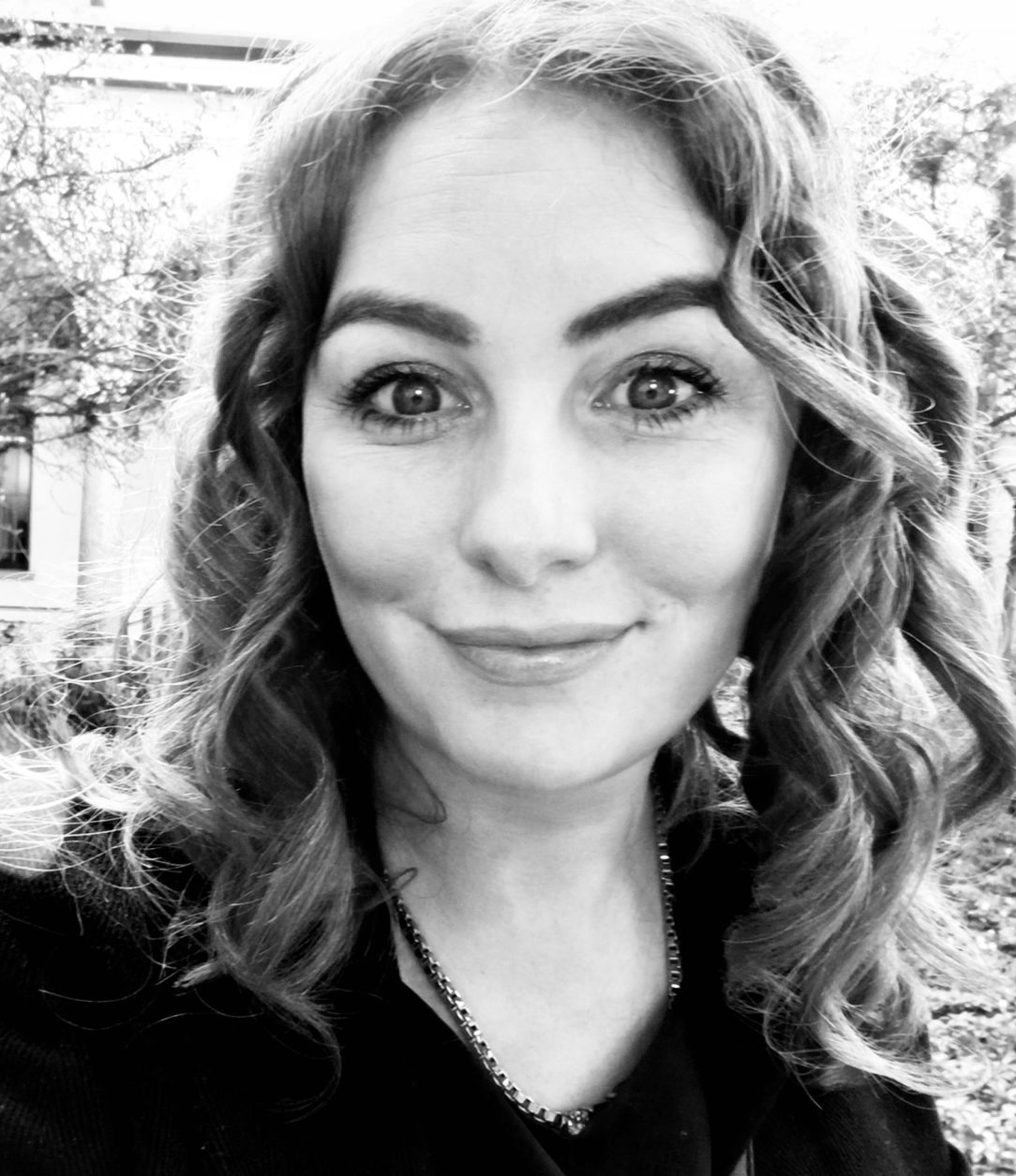 Verity is an architect originally from Eglinton, Northern Ireland. She studied architecture at Queen’s University Belfast and has developed an interest over the years on how design impacts wellbeing. She has a background in research and completed her PhD in architecture in 2014 with a thesis entitled “Designing for Dementia: An Assessment of the Impact of the Physical Environment on Wayfinding Success in Long Term-Care Settings.” During her secondment to Rome, Italy, in 2011 she was responsible for completing a report on how European Union (EU) policy considers the dignity of older people in regards to the design and inclusion of technologies. She has a love for the built environment, its history and fabric and how it impacts on our wellbeing and has a role in enhancing our lives. Verity currently works as a senior architect for van Dijk architects and is based in their Belfast office. 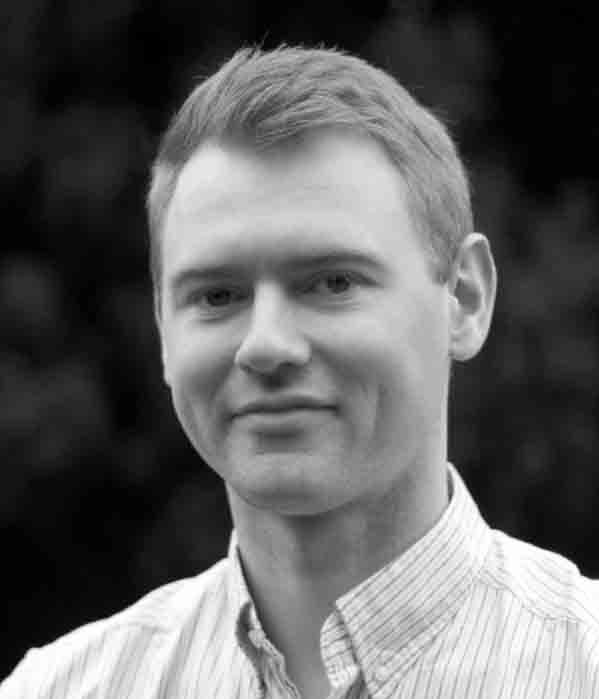 Chris was elected fellow of the Royal Society of Arts in 2018, and won the Society for the Protection of Ancient Buildings’ (SPAB) Philip Webb award for his research and design work on Armagh Gaol in the same year. 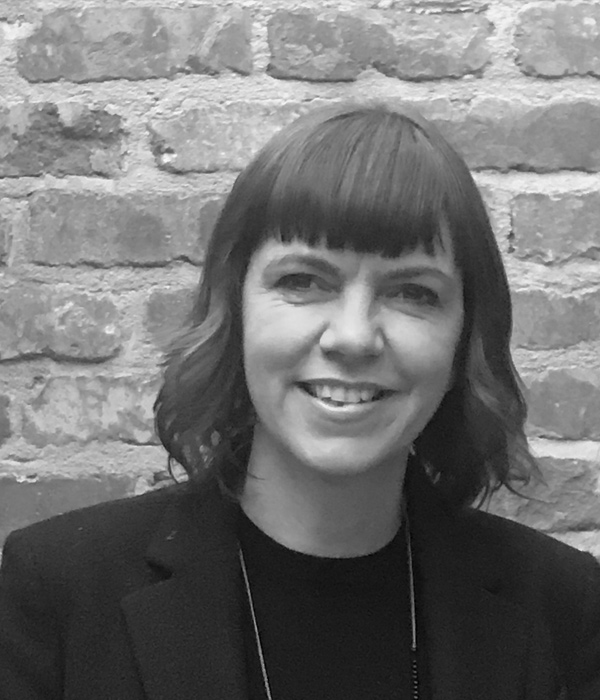 Rita is NI Support Officer for the Architectural Heritage Fund. From 2000 to 2013 she led on planning campaigns for the Ulster Architectural Heritage Society and developed its education programmes. Prior to that she was employed as Heritage Officer with Belfast City Council; researcher with Rachel Bevan Architects; and Northern Ireland Development Officer for the Ecology Building Society. She currently serves on the board of the Irish Landmark Trust, which saves and restores historic buildings to provide holiday accommodation across the island of Ireland. She has an MA in Town Planning from Edinburgh College of Art and a Royal Society of Ulster Architects’ Diploma in Historic Building Conservation. Rita was awarded a Winston Churchill Travelling Fellowship to study best practice in universal access to historic buildings in Scandinavia and the United States. 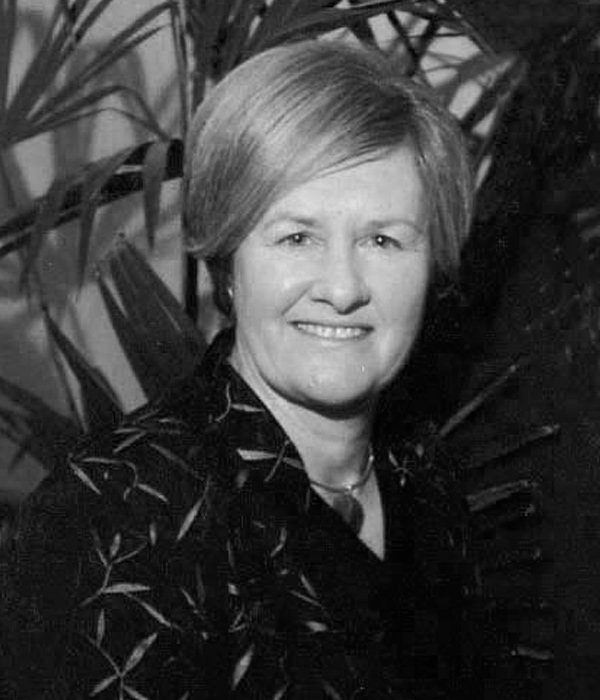 Karen has over 40 years’ experience in the architectural heritage sector in Northern Ireland. A previous chairman of Hearth Housing Association and Revolving Fund, she has also served on the Historic Buildings Council for Northern Ireland, The Irish Landmark Trust, the Ulster Architectural Heritage committee and is currently a Trustee of the Architectural Heritage Fund. Karen is a member of the UK Designing Libraries Advisory Board and the European Research Libraries Architecture Forum. Karen had a 45-year career in university libraries and currently works as a library building consultant. She has served on judging panels for the UK RIBA awards, the IGS Conservation Awards, the Australian Library Design Awards, and library building design competitions in Europe and China. She is a Fellow of the Chartered Institute of Library and Information Professionals, an Honorary Member of the RSUA and was awarded an OBE for services to architectural heritage. 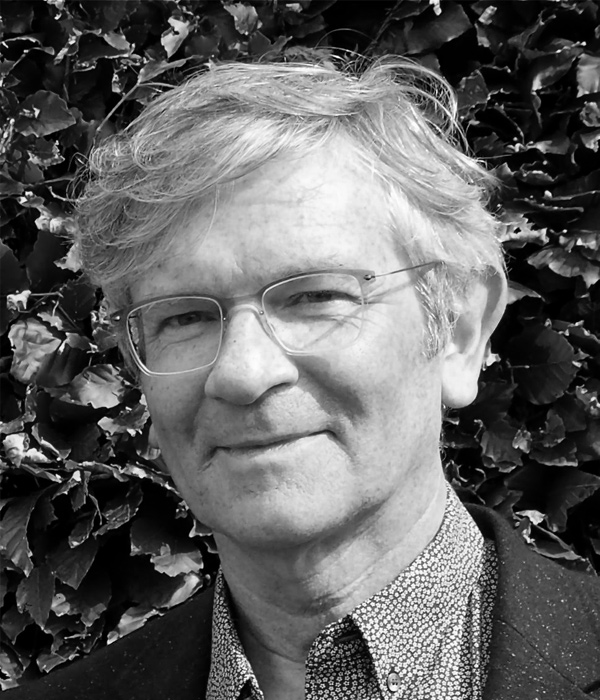 Geoff is a Chartered Architect with extensive experience in both private practice and central government. Geoff was responsible for conservation and new-build projects on several major buildings in the Northern Ireland government estate. As Head of the Design Unit in Planning Service, part of his role involved engagement and negotiation with agents and developers on design issues associated with major development proposals to ensure successful outcomes. At this time Geoff also contributed to the commissioning and direction of identified conservation area and supplementary planning guidance, and policy. Latterly Geoff worked in Northern Ireland’s Historic Environment Division as Assistant Director responsible for identifying, and listing, buildings of special architectural and historic merit. 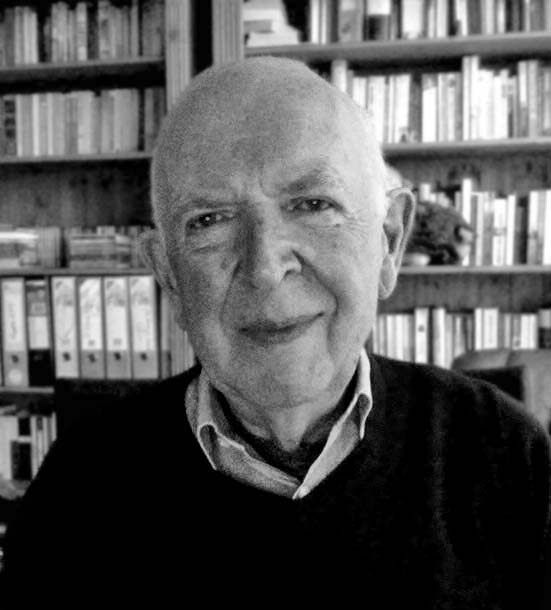 Chris has an academic background in Economics, Sociology and Urban Planning, and spent twenty years working with the City of Glasgow in social housing and urban regeneration. A five-year spell as Director of Housing for Clackmannanshire Council in Scotland was followed by a move in 2001 into consultancy and project work for a number of Scottish local authorities and UK statutory regulators on issues to do with organisational change and performance. Chris was originally raised in Northern Ireland and returned here to work on matters of consumer policy in 2008. He joined the management committee of Hearth in 2010 and has served the committee in a number of capacities since then. 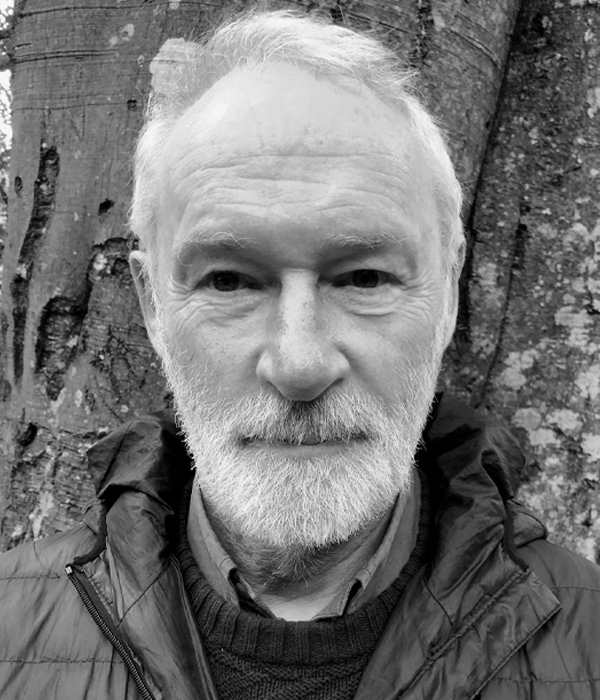 Richard is a retired Housing Manager. He was heavily involved in the redevelopment programme of the Northern Ireland Housing Executive in South and East Belfast. He also worked in the area rehabilitation programme that ran in tandem with redevelopment. He is currently a board member with Clanmil Housing.